So you’re looking to move to Arizona — home of the Grand Canyon, the Phoenix Suns, and gorgeous Sedona sunsets?

We’re excited for you! However, before you sell your winter coats and buy a dozen solar panels, let’s dig in and check out the cost of living.

The stats are pretty favorable for a majority of the country, though Arizona is a large state, and prices vary depending on the area you choose to move to.  In Flagstaff, total housing costs are 36% greater than the national average while they are 18% lower in places like Surprise.

Arizonians pay a bit more for utilities than the majority of states for energy use. With 112-degree temperatures during the summer, running the AC all day is a must.

Life on the highway is a bit different in Arizona compared to many places. Compared to the rest of the United States, gas prices and car maintenance tend to run about 8% higher on average. However, in places like Flagstaff, residents can expect to pay 22% more.

Arizona is a very large state. In fact, it is the sixth-largest state in the U.S. This means that you are bound to have some longer drives whenever you get out of your neighborhood. One of the best ways to reduce your overall transportation costs is by getting the best insurance coverage.

Arizona sits right in the middle when it comes to taxes. Residents pay anywhere between 2.5% on the low end and 4.5% on the high end. One major downside to living in Arizona is having to deal with sales tax, which hovers around 8.4%.

Arizona has the 11th highest sales tax rate in the country.

Ready for an Arizona Move?

If the costs look right to you and you’re ready to move out to Arizona, your next step is to get rid of your existing home. While there are many ways you could go about doing it, we recommend taking the easy route and selling to a company like National Cash Offer.

We help homeowners get the money they need quickly by offering closings within as little as two weeks. Make sure to get in touch with us to learn more. 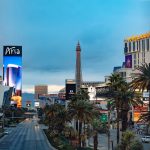 The Cost Of Living In Nevada vs CaliforniaLiving Costs 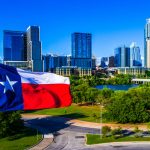 The Cost of Living in Austin, TexasLiving Costs, Things To Know