Cities That Will Be The Most Vulnerable When The Recession Hits

Cities That Will Be The Most Vulnerable When The Recession Hits

Though the next recession probably won’t be as bad as the Great Recession of 2008, some cities will fare worse than others when the inevitable economic downturn occurs.  The sad truth is your location will play a large part in your financial pain during the next business cycle trough.  Those who live in areas with minimal fluctuations in housing prices are likely to weather the economic storm better than those in areas with comparably volatile housing prices.  Let’s take a look at the areas most vulnerable to a recession.

Riverside is one of California’s gems yet it is quite vulnerable to a recession.  This metro area faces an extraordinarily high risk for a significant economic setback that affects the vast majority of residents.  Sadly, Riverside and many other Southern California cities will likely be hit hard once again by another recession as the area’s home prices are inherently volatile.  Homeowners in Riverside typically have an exorbitantly high loan-to-value ratio.  Making matters worse is the fact that an ever-growing portion of the Riverside housing market is cornered by house flippers.  In other words, there will likely be an influx of homes on the market in Riverside during the next economic downturn, sending housing prices lower and straining local economic activity.

Your eyes are not deceiving you.  San Diego is certainly a lovely place to live yet it is quite vulnerable to the looming recession.  Only three cities have higher home price volatility than San Diego.  Those cities are Miami, Phoenix and Riverside.  This means home prices are likely to fluctuate quite significantly in San Diego if the economy takes a turn for the worse.  It is possible those entering San Diego’s housing market right now will end up holding a property worth considerably less if the economy nosedives in 2020.

If you do not mind the heat, Phoenix is a fantastic place to live. Though Phoenix has a bustling economy, it attracts an abundance of investor activity.  This activity tends to drive real estate prices higher than they should be, forcing homeowners to bear a comparably large debt burden.

Denver has been an economic success story for decades.  Young people from all across the nation flocked to Denver for its natural beauty, economic opportunity and respect for individual freedom.  Unfortunately, Denver has sky-high housing prices that are likely to tumble quite significantly after an economic downturn.

Those who analyze real estate market risk consider Providence to be quite vulnerable to a recession.  Providence is subjected to considerable risk in the following key categories: average home loan-to-value ratio, exports share of GDP, home price volatility and households owned by those age 65 and older.

Miami will likely lose residents in the years to come even if a major recession does not occur.  The onslaught of hurricanes will inevitably drive Miami residents to new locales that are safer and more affordable.  Miami will prove particularly vulnerable to an economic setback as its average home loan-to-value ratio is in excess of 50%.  Only Phoenix and Riverside have a higher home loan-to-value ratio. 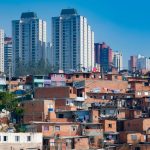 The Best and Most Affordable Suburbs in AmericaThings To Know