Foreclosure – 3 Step Game plan from Foreclosure to the American Dream

If you are going through Foreclosure, know someone who has, or will be shortly, then the following article is a must read.

A notice of default is a tough thing to receive. The initial process is called lis pendens and is in reference to the beginning attempts at collecting on past-due mortgage debt. Whether you called it lis pendens, NOD, or pre foreclosure, the result is the same. The bank wants their money and you have been put officially on notice. You defaulted on your mortgage loan, and have a specific time to correct this before it damages your credit for years to come.

Losing your home can be hard, especially when it’s filled with memories with family and friends. It may be a home that you grew up in, but put as collateral for a home equity loan and had no intention of losing it to foreclosure. There is a time, however, when you need to think about the long term. What you do now, will decide how you live for years into the future.

This is a multi-step game plan for starting over after you have been hit with that devastating letter and no way to afford to correct it.

Remove your emotions from the process for now, and grieve later. If you grieve now, you will only make it harder on yourself to get your life in order later. Reach out to cash home buyers like National Cash Offer, and let them get this mortgage paid off. It will put an immediate stop to the credit injury you have received when your bank reported past due house debt to your credit report profile.

Before you can rebuild, you have to stop the bleeding. This is why you must sell your house fast. Make sure that things are not continuing to report negatively to your credit profile, and then begin to fix your credit score.

Find a new place that you can afford. If you cannot afford anything due to job loss, then get help from friends or family. Someone will help you short term so that you have a chance to seek employment and get an apartment.

During this process, you will need to eliminate debts. This means that you should be paying off smaller credit cards, then go up the line to the larger debts. This is the “Dave Ramsey Snowball”, and is useful for debt-reduction.

If you decided to follow step #1 and sell your house fast to save your credit from foreclosure, then you stopped the bleeding. Unfortunately, there has likely been at least 1 reporting to your credit profile already. That negative item remains there for a certain time period which is well over a few years time unless you fight to have it removed.

Begin a credit repair process after doing some heavy research. Learn about 609 letters, mailing procedures, and schedule. Most importantly, DO THE TASKS. It can take 6 months to a year in order to repair some damage to your credit score.

There are games by Robert Kiyosaki’s Rich Dad called Cashflow 101 & Cashflow 202. These are board games and computer games designed to help you understand the balance sheet, as well as the process for building a passive income. The winner is the first to escape the rate race with enough passive monthly income to achieve their dream.

In order for you to escape from the rat race, you will need a plan of action. You need to begin with an informal process of deciding what you want to do in life, so that you can build a passive income doing it. This may be the path of real estate investment, day-trading, starting an online business, or even starting a company where you must put in labor in order to build a larger business that you can have running itself down the road.

This is the 3rd and final step in a process where you are reborn as someone who has more footing on financial ground. It’s the process in which you become the boss, and your job is to collect your check from your mailbox.

In order for you to start over stronger than ever, Call National Cash Offer toll-free at (877)-990-7774 or fill out the form right here on this website. NO-OBLIGATION.

Give Us A
Call

As soon as our team receives your request, we get started on your property valuation immediately

Once our team values your property, we give you a fair and fast cash offer for your immediate review

Once the deal is finalized, you’ll have up to fifteen days to choose your move-out date that works for you

Want to Know The Cash Value of Your Home?

GET YOUR OFFER IN 5 MINUTES!

What Is a Foreclosure?

Home buyers who want a good deal in real estate invariably think first about buying a foreclosure. They think, sure, I’ll do a little work to get a cheap price. They believe banks are desperate to dump these awful homes, and that’s not true, either.

Some well meaning buyers have this picture in their mind of a cute little house, surrounded by a white picket fence that is owned by a widowed mom who fell on hard times, but that scenario is generally far from reality.

The real picture is often horrible.

A foreclosure is a home that belongs to the bank, which once belonged to a home owner. The homeowner either abandoned the home or voluntarily deeded the home to the bank. You will hear the term the bank taking the property back, but the bank never owned the property in the first place, so the bank can’t take back something the bank did not own. The bank foreclosed on the mortgage or trust deed and seized the home. There is a difference.

Why Do Sellers Go Into Foreclosure?

Sellers stop making payments for a host of reasons. Few choose to go into foreclosure voluntarily. It’s often an unpredictable result from one of the following:

During the market crash from 2005 through 2011, many home owners simply walked away from their homes because the values had fallen and they owed more than their homes were worth.

This was not the best solution, in most cases, but it was immediate relief for homeowners.

It all starts when the homeowner – the borrower – fails to make timely mortgage payments. Usually, it’s because they can’t, due to hardships such as unemployment, divorce, death or medical challenges.
If you’re in this tough situation, it’s essential that you talk to your lender as soon as possible. There’s a variety of options to help keep you in your home. The foreclosure process costs the lender a lot of money, and they want to avoid it just as much as you do. Our owner’s guide to foreclosure can help guide you through the process.
Sometimes, a borrower may intentionally stop paying the mortgage because the property might be underwater (in other words, the amount of the mortgage exceeds the value of the home) or because he’s tired of managing the property.
Whatever the reason, the bottom line is that the borrower can’t or won’t meet the terms of the loan.
phoenix art museum, phoenix edu login, the phoenix, phoenix union high school district, phoenix time zone, university of phoenix student login, phoenix open, phoenix coyotes, city of phoenix water, phoenix.edu, phoenix traffic, phoenix comicon, ecampus phoenix, backpage phoenix az, zillow phoenix, phoenix zip code, university of phoenix ecampus, phoenix police department, craigslist.com phoenix, city of phoenix jobs

After three to six months of missed payments, the lender records a public notice with the County Recorder’s Office, indicating the borrower has defaulted on the mortgage. In some states, this is called a Notice of Default (NOD); in others, it’s a lis pendens – Latin for “suit pending.”
Depending on state law, the lender might be required to post the notice on the front door of the property. This official notice is intended to make borrowers aware they are in danger of losing all rights to the property and may be evicted from the premises. In other words, they’re in danger of foreclosure.
phoenix contact, phoenix arizona weather, phoenix mercury, temperature in phoenix, current time in phoenix, phoenix new times, backpage phoenix guns, harkins theatres metrocenter 12 phoenix az, wet n wild phoenix, earthquake in phoenix, indeed com phoenix, hyatt regency phoenix, craigslist phoenix cars, shake shack phoenix, phoenix international raceway, phoenix library, phoenix convention center, reddit phoenix, indeed phoenix, phoenix login, phoenix sky harbor, phoenix relief center

After receiving a NOD from the lender, the borrower enters a grace period known as “pre-foreclosure.” During this time – anywhere from 30 to 120 days, depending on local regulations – the borrower can work out an arrangement with the lender via a short saleor pay the outstanding amount owed.
If the borrower pays off the default during this phase, foreclosure ends and the borrower avoids home eviction and sale. If the default is not paid off, foreclosure continues.
downtown phoenix, golfnow phoenix, what time is it in phoenix arizona, fox 10 phoenix, phoenix lights, liberty phoenix, www.ecampus.phoenix.edu, crescent ballroom phoenix, golden phoenix, yelp phoenix, hotels in phoenix az, harkins theatres christown 14 phoenix az, phoenix map, craigslist in phoenix ,order of the phoenix ,university of phoenix online ,phoenix theater, the phoenix lyrics, craigslist phoenix pets ,www.backpage.com phoenix, phoenix symphony, river phoenix death ,phoenix children’s hospital jobs, things to do in phoenix this weekend, craigslist phoenix jobs, what time zone is phoenix, crudo phoenix, phoenix house, concerts in phoenix, jobs in phoenix az, river phoenix movies, flights to phoenix

If the default is not remedied by the prescribed deadline, the lender or its representative (referred to as the trustee) sets a date for the home to be sold at a foreclosure auction (sometimes referred to as a Trustee Sale). The Notice of Trustee Sale (NTS) is recorded with the County Recorder’s Office with notifications delivered to the borrower, posted on the property and printed in the newspaper. Auctions can be held on the steps of the county courthouse, in the trustee’s office, at a convention center across the country, and even at the property in foreclosure.

In many states, the borrower has the “right of redemption” (he can come up with the outstanding cash and stop the foreclosure process) up to the moment the home will be auctioned off.

At the auction, the home is sold to the highest bidder for cash payment. Because the pool of buyers who can afford to pay cash on the spot for a house is limited, many lenders make an agreement with the borrower (called a “deed in lieu of foreclosure”) to take the property back. Or, the bank buys it back at the auction.

If a third party does not purchase the property at the foreclosure auction, the lender takes ownership of it and it becomes what is known as a bank-owned property or REO (real estate owned). 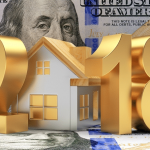 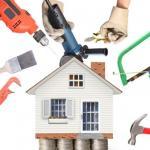