Frank Lloyd Wright’s last creation ever just sold for $1,677,500 in Phoenix. The house sold at a public option with the bidding beginning at $750,000. The home has been on and off the market for the past 3 years. The house, nicknamed the Circular Sun House finally went to an out of state resident who outbid 20 others for it. According to reports the buyer, who asked to remain anonymous, intends to keep the property as a vacation home.

The 3,095 sq-ft home was the last home every designed by Lloyd Wright and was designed just before his passing in 1959 for Norman and Aimee Lykes. Nine years later it was finally built by John Rattenbury, an apprentice of Frank Lloyd Wright’s, in 1967. 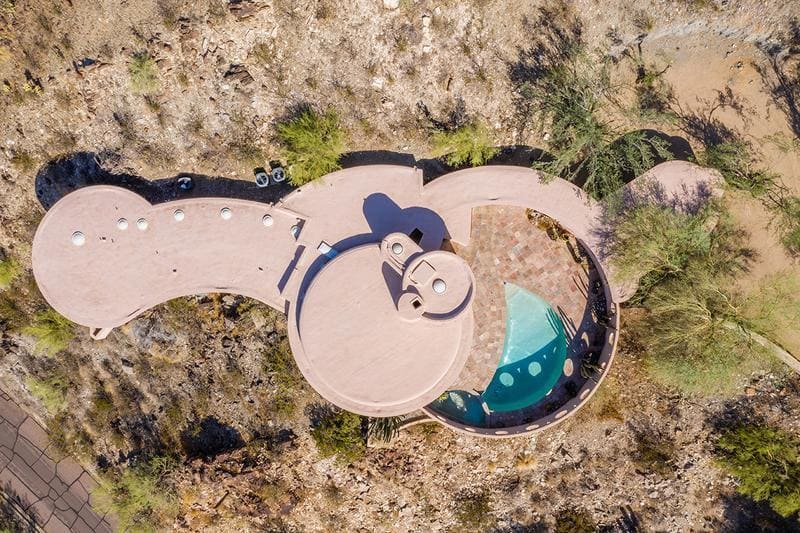 The house is built on a desert plateau in Phoenix and is best known for its round curvature siding. From an aerial view, the design resembles the gears on a clock. Wright was inspired heavily by the shape of the mountains and designed the property to give it a 180 degree view of the surrounding landscape.

On the inside, the home sports rounded walls draped in golden mahogany and circular windows. Even the pool (especially from an aerial view) is shaped like a crescent. Other geometric cutouts are sprinkled throughout the house’s interior with a series of overlying circles and arcs.

Wright’s focus on geometric shapes, especially his use of circles, is very common throughout his work during the 1950s. The home was built just before the opening of the Guggenheim museum, which also utilized circles and arcs throughout its design. 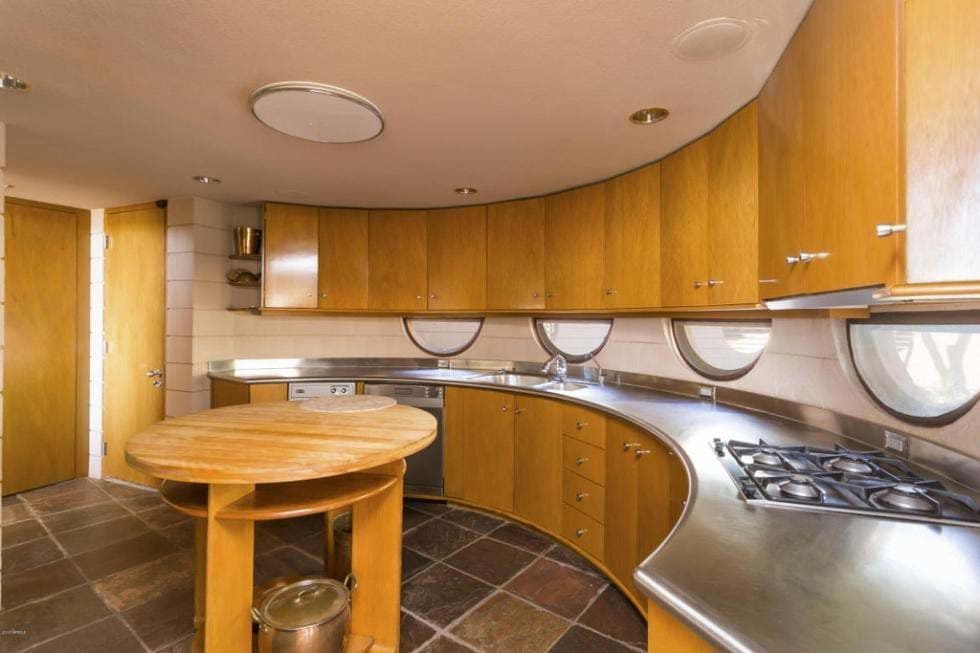 The house contains three bedrooms and three bathrooms and also boasts of; a second floor office with 360-degree views, two separate living areas, a garden terrace with a indoor wet bar and pool, and a media room (added by the second owner with the help of Rattengburry for the design).  The house originally was supposed to have 5 bedrooms per Wright’s design, but due the small size of some of them, Rattenburry reduced the number to 3 including a larger master suite in the final design.

In another unique Wright design, the windows were made so that they would never receive direct sunlight, but the interior will always soak up natural sunlight. 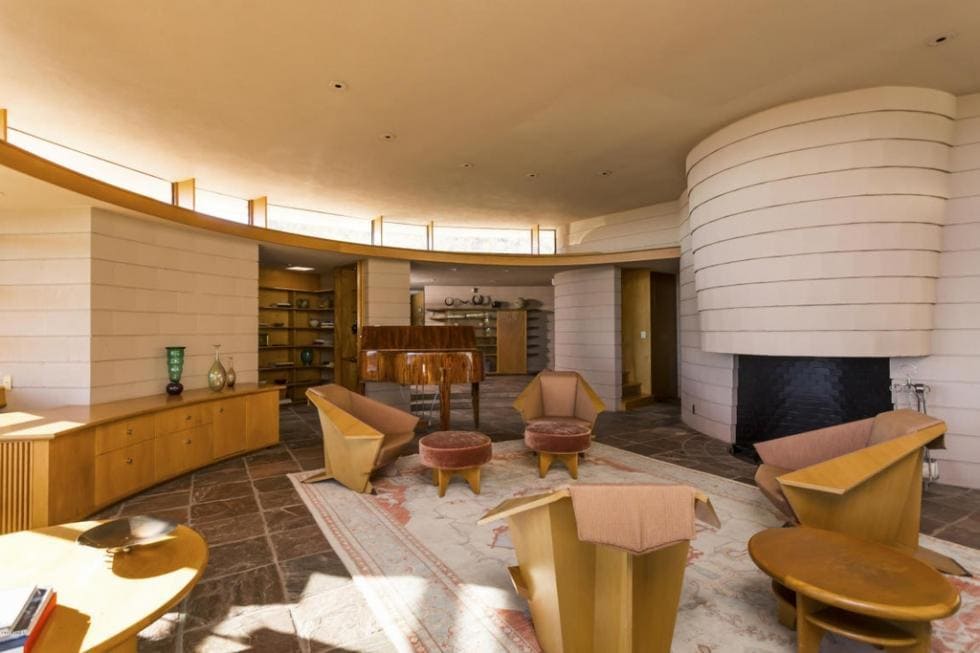 The final sale price of $1.67M was a drop from the final listed price of $2.9M. The auction was done by Heritage Auction. Another Wright-designed house also sold this month in Los Angeles. After a year on the market, the Ennis house finally sold for a massive price of $18M, the most expensive Wright house ever sold. Also in Phoenix, the David and Gladys Wright house is currently on the market for over $10M. 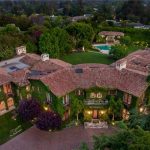 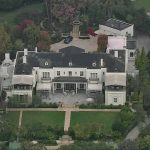