The Los Angeles Times today released an article entitled “Home prices in Southern California reach bubble-era highs.” I don’t know about you, but I remember the housing bubble and the Great Recession that resulted from the housing market crash in 2008, and it threw off the prices of homes around the entire country.

Economists have said today’s upswing is more sustainable, driven not by risky lending but by an improving economy, historically low mortgage rates and a shortage of homes for sale. Adjusted for inflation, prices in all counties are also under their 2007 peaks; the Southern California median is about 13% below its peak.

Even so, the rising cost of housing is increasingly sparking worries across the state.

As well as it should. The last time we saw a housing situation similar to this one, the entire nation was affected.

According to the author of the article, job growth has slowed within the state because the high cost of homes is preventing people from moving to California comfortably and/or with any breathing room to get established.

The surge in home prices isn’t limited to California. Values are up nationwide as the economy expands. But affordability is a far greater problem here, with even lower-cost areas commanding a significant down payment. In Riverside County last month, the median hit $360,000, up 7.5% from a year earlier. In San Bernardino County, prices climbed 8.7%, to $325,000.

Because of this, Governor Jerry Brown has sponsored and signed a variety of housing bills designed to aid in development, but critics have suggested it’s merely a band-aid and not a long-term solution to the problem.

Are you in Southern California and being adversely affected by the rising costs of homes and homeownership? Contact us today at National Cash Offer for a free, fair, and fast cash offer for your home or property today… And you might actually be surprised at what your home is worth!

Check out the original article hosted by the LA Times here. 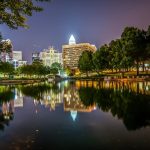 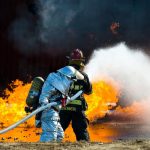 Effect of Wildfires in the California Real Estate MarketBlog