Families choose the location of their home by considering where their children will study. While focus on academic performance has become even more astute due to an increasing emphasis on scores and completion statistics, home shoppers have become a bit more cautious in their selection as well. It is clear that schools directly affect real estate values in a particular neighborhood.

There is a correlation between home values and school expenditures according to data from the National Bureau of Economic Research. A report from the bureau found that real estate values increased by about twenty US dollars for every dollar invested in public schools within a particular community. This report suggested that additional expenditures in school development benefited everyone within the community, regardless of whether or not the residents had children studying in the local public schools.

Even though these findings might be compelling, they do not portray an accurate picture of the relationship between home values and school spending. According to other reports from the bureau, some districts operate their public schools more efficiently; therefore, while expenditures might seem low, the quality of education remains high. Additionally, the proximity of the school from neighboring districts or the average size of the district could also impact the perception of a particular school’s value, sometimes beyond the expenditure formula.

The researchers also realized that wealthy school districts, areas in which home values tend to be high, spend a significant amount of their funds efficiently. The results show that even though home buyers associate school quality with expenditure to a certain degree, this factor might be significant in influencing real estate values. Nonetheless, the trend has remained the same even on national level, which provides credibility to the correlation between the two variables.

The Wall Street Journal, in 2010, reported a high association between home values and school performance, which fluctuated in different school districts and states. The increasing availability of data, according to the report, has led to families looking for homes solely based on the quality of education and schools within the neighborhood. Currently, a family looking to purchase a new home need only to search on the internet to get information about school completion rates, student to teacher ratios, and standardized test scores to rank the quality of education within the area in which they hope to reside.

For instance, when Florida rolled out a new grading system for schools within the state, real estate values were impacted significantly. According to the Wall Street Journal, estates sharing the same neighborhood with A-rated schools increased in value by over 10,000 US dollars over similar estates that shared the same neighborhood with B-rated schools. The gap has increased over the years. At the moment, home values vary anywhere from 50,000 US dollars to 300,000 US dollars per home.

This news might sound good for people concerned about the net value of their land; however, families looking to relocate to new neighborhoods might face extreme challenges. The well-performing school district in North Carolina is full of homes that are priced highly, presenting numerous financial challenges for families that would also want their children to benefit from the highly rated schools in the school district. Families that can easily afford such high home prices may find the homes snatched up fast, they will have a very hard time to land a deal on home that can meet their requirements.

Moreover, differences in home prices might contribute to educational disparities that arise between low, middle, and high income students. Families that can afford to relocate to high quality school districts often choose to move, leaving those who can’t afford in subpar institutions. Additionally, differences in home values leads to even more segregated schools, which might lead to even further disparities in education.

The association between quality education and home values can be a bonus to people living in the same neighborhood with a well-performing school. As more data continues to be absorbed worldwide about school performance, the generation expectation is that the trend will endure into the future, or even increase.

Property Values and Good Schools – An Egg and Chicken Situation

When discussing why well-performing schools affect property values, it is very easy to get into a chicken and egg situation. On one hand, it is viable to argue that good schools can lead to increased property values. On the other hand, it is still viable to argue that the affluence common in neighborhoods near well-performing schools is responsible for the difference in academic quality. Generally, good schools are relocated in areas that have a high standard of living.

The affluence present in such neighborhoods tend to create districts that can score high on tests, and they also tend to rank high in performance than institutions that are located in poorer neighborhoods. 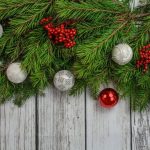 How To Decorate Your Home For The HolidaysBlog, How To, Real Estate Questions, Tips for Real Estate 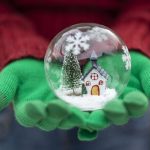