Is it Worth it to live in Reno? – National Cash Offer

Is it Worth it to live in Reno?

Several factors contribute to Nevada’s rising popularity. These include low taxes, high average income and year-round fun. Buyers in the market for new homes wonder if it is worth it to live in Reno. Startups also have an interest in the city and that is why we discuss some of the realities of living in Reno, Nevada.

Recently, mid sized US cities have experienced a revival. Those who had once preferred large metropolitan areas are opting for places like Reno. The question now is why these types of cities have become attractive. Compared to big cities, they offer affordable housing, better quality of life, business opportunities and  natural beauty is preserved.

This young, but booming city is best known for its friendly business environment; hence, the name “The biggest Little City in the World”. Over time, the city has shown its capability to grow tremendously in years to come as seen in the heavy influx of industry and technology These are just tips of the iceberg of what this great city has to offer.

Generally, Reno’s cost of living is relatively high compared to other places like Fallon, Carson City, Sun Valley, North Auburn and so on. This is largely because half of residents’ income goes to housing. The median home cost moved from $425,000 – $439,900.

Due to the city’s surge in economic development, tech companies like Google, Apple, Amazon and Tesla with their workers are moving into the city. Good news right! However, this is causing high housing crisis. Nevertheless, the city has been proactive by signing a plan to build more houses as at 2019.

Rent Prices in Reno by Neighborhood

The average rent of a one-bedroom apartment in Reno is $1075 with about 70% spending between  $501 and $1500 on houses located in areas like Mira Loma, South Wells Ave, Grove Manor, Carriage Stone, Hill Crest Dr and Kwenzli. On the other hand 30% of the residents of Reno spend between  $1500 and $2000 on houses located in places like South Virginia, Sky Vista, Summit Ridge and Gateway Drive.

As at October 2020, Reno’s unemployment rate stands at 6.3%. This is relatively low when compared to places like Las Vegas and Clark County. Besides, It’s a good number when you consider the effect of covid-19 on jobs.

Consequently, the city saw an increase of 200 jobs from September to October 2020. This clearly shows that the people of Reno are hardworking. The major industries constitute technology and manufacturing. One of the benefits of working in Reno is its low tax rate.

In conclusion, Reno Nevada is a really good place to live, work and relax.

best places to live, places to live, things to consider, Things to know, Where to live, where to move
Recommended Posts
Copyright All Rights Reserved © 2018 | Sitemap | Terms of Service | Privacy Policy | Site by GoldLevelMarketing 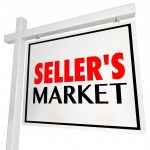 How To Take Advantage of a Seller’s MarketReal Estate Questions 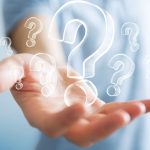