Is Reno Nevada a good place to live?

In the State of Nevada, there are several cities one many prefer to live in, especially the famous cities like Las Vegas, Carson, Henderson, North Las Vegas, and Spring Valley. With just a population of 248,853 according to 2017 statistics, Reno is also considered the “biggest little city in the world.” It is not surprising that many will be curious as to whether Reno is a place they came to make or call their home, prompting a very reasonable question; Is Reno Nevada an excellent place to live?

Regardless of its status as a small city, Reno has several reasons why it is one of the most appealing cities to live in in the United States. Let’s take a look.

The median price for a home in Reno is $396,521. This is a bit higher than the national, which abets where the appeal to such a relatively expensive city is?

Despite their higher than the national average home value, the price range of houses in Reno Nevada is still well within reasonable prices. The prices also vary depending on where you live; this is especially so in the metro area and market trends. There is also plenty of options for housing, such as suburbs, apartments, luxurious homes, dream homes, etc.

The city of Reno was built near a lake and several mountains. From the city to Lake Tahoe (considered as one of the most beautiful lakes in the world) is less than an hour’s drive, which makes it convenient for anyone who likes lakes. The mountains are the Sierra Nevada Mountains. To complete this beautiful scenery is the Truckee River, which goes through the city. When looking for houses in Nevada, then this a very good reason to go live there.

Lake Tahoe provides its residents as well as visitors with plenty of recreational activities ranging from canoeing, kayaking, sailing, stand-up paddleboards, etc. The Sierra Nevada Mountains, on the other hand, provide adventure and opportunities for hiking, camping, biking, climbing. Other outdoor activities include golfing, horseback riding, exploring the miles, or trails in the Washoe Valley. During the winter, there are also snowboarding activities, including world-renowned ski resorts such as diamond Peak and Northstar located in Tahoe. All these adventurous activities have brought many to look for homes in Reno Nevada.

The fact that Reno city is located in the desert makes it a perfect destination for looking for homes in Reno Nevada due to the desert climate.

It is quite apparent that the State of Nevada has one of the most tax-friendly policies in the United States. One of the great reasons to look for houses in Reno Nevada is their tax situation. Currently, the State of Nevada provides tax incentives for several of the business in order to foster investment and expansion by relocating to the city. The tax benefits extend to individuals too as they do have income tax placed on them.

It goes without saying that the state of traffic in Reno is also very manageable due to its low population size. Compared to cities like Los Angeles, San Francisco Las Vegas, New York, etc. This makes it a good incentive for one to try and find homes in Reno Nevada. With roads Highway 395 connects the north and south while the interstate also running in the north of the city, there is plenty of road for easy navigation.

When one looks for Houses in Nevada, then they would definitely be interested in finding out the state of education in the city if their destination in Reno. The good news is that Reno city has plenty of schools (both private and public) that cover all levels of education from elementary, grade schools to higher education, a total of 63 schools, 41 private and 22 public schools. The University of Nevada, located in the city, also provides several programs ranging from undergraduate to doctoral programs. The University has a total student population of 18,000 students and is considered a Tier 1 learning institution with a good background in research. Other than academics, the schools also have offer sporting activities such as a Mountain West Conference.

Another compelling reason why Reno Nevada is an excellent place to live in is the city’s ability to have a year-round cultural event for residents of all ages. There is the art life where you can visit the galleries that showcase the work of artists, museums (Nevada Museum of Art, Discovery Museum), etc. There is also recreation and amenities for dining, shopping beverage scenes, especially the Brasserie Saint James, which is an award-winning brewery that serves both the locals and visitors. The city also has the National Bowling Stadium that is a big attraction for bowlers across the country as well as the Greater Nevada Field that is frequently used by the Arizona Diamondbacks’ affiliate; the Triple-A.

One of the reasons people also look for homes in Reno Nevada is their exciting festivities. The festivities in Reno are to die for as there are many famous events such as:

One of the most significant advantages of living in Reno is its great location in relation to other cities. Reno is only thirty miles away to Nevada’s capital, Carson City, compared to Las Vegas, which is a whopping four hundred and fifty miles away. Cities like San Francisco are just four hours away and about eight hours of driving to Los Angeles.

The overall crime rates in Reno are lower than similarly-sized cities, making it a relatively safer place to buy a house and make it a home. However, the crime rates in the suburbs are even lower than the rest of the city, making it the best place to not only buy a home but also secure enough to raise a family. 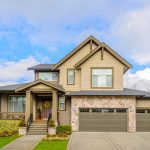 The best neighborhoods to raise a family in OhioPlaces To Live, Things To Know 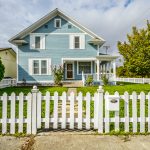 What you need to know before buying a house in Spokane WAPlaces To Live, Things To Know, Tips for Real Estate