Weight isn’t the only thing Jenny Craig knows how to cut down on, recently she was also able to scale back on her real estate holdings, selling her 7,600 square-foot beachfront home in Del Mar, San Diego for a sizeable $22 million. 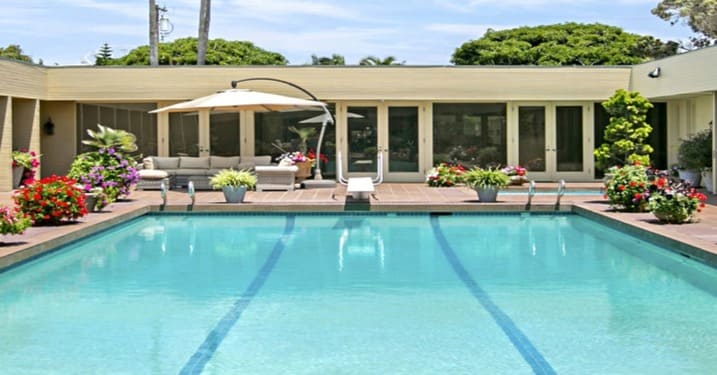 Originally listed for $39.5M back in 2014, Craig trimmed down the price several times over the years before finally making the sale last month. Despite shedding close to 50% from the initial asking price, Craig’s sale is still the highest sale in San Diego county in over a decade. According to public records the weight-loss guru’s home sale ranks as the third highest ever in San Diego behind a 5,000 square-foot home weighing in a $28M and a glutenous 10,000 square-foot mansion that went for $48.2M. Both of those homes were sold in 2007. Craig has owned the home since the late 80’s but has been trying to shake it off for the past five years.

The house contains 5 bedrooms, 7 bathrooms, and a spa, all of which is built wrapped around a central courtyard and pool area. Tucked away behind a large gate, Craig’s beachside paradise is nothing short of a compound. Just beyond the front gate is an 18-car motor court, but if that’s not enough, don’t worry the home still has a 4-car garage just in case.

The kitchen operates almost as an indoor/outdoor area with weather resilient flooring and immediate access to the back outdoor porch.The porch itself shoots out right over the beach providing the perfect ocean view.

According to publicly available property records, the sale was made to Ocean Investments LLC with Jason Barry of Barry Estates representing the buyer. 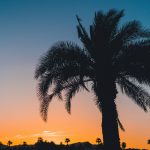 The Top 5 Famous Athletes Who Have Houses in AZBlog, Celebrity Homes 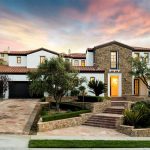