Sugar Ray Leondard is a boxing legend who won 5 championships during his 20 year professional career. Now however, it looks like Leonard will be doing a different kind of boxing as he packs up his belongings now that he and his wife Bernadette have decided to put their 16,000 square foot Los Angeles home on the market. 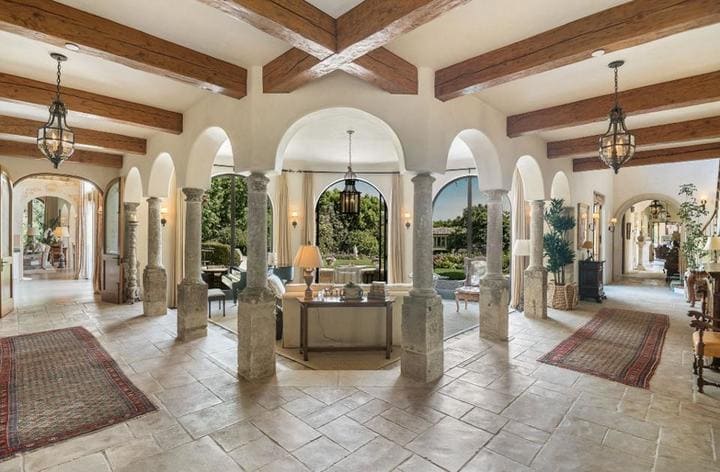 Built 22 years ago by Richard Landry, the go-to architect for celebrity homes, the Pacific Palisades mansion is now listed with a knock-out price tag of $51.9M. If sold, it would be the most expensive public sale in the Palisades ever with the current largest sale weighing in at $33.8M for a 15,000 square foot home sold last year.

Sitting on two acres of land surrounded by trees and equipped with a 2-story guest house, a large motor court, a full size tennis court, a large pool area, a rose garden, and its own putting green, this ritzy piece of real estate is nothing short of a compound.

With seven bedrooms, a salarium, a spa, a media room, and a terrace overlooking the mountain view the home is as Leonard himself said in a press release, “a peaceful oasis.” 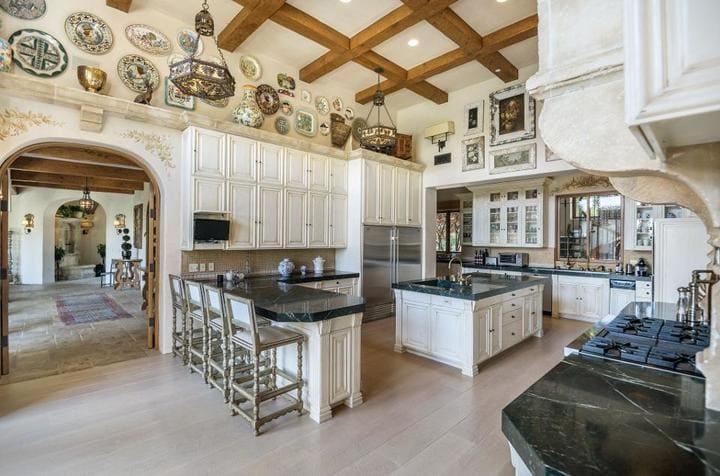 The design of the house is something straight out of old country Europe which is fitting since it includes 6 fireplaces that were all imported directly from Europe. The front siding of the Italian-styled house is draped in ivy with balconies off each bedroom overlooking the motor court. The inside of the house contains vaulted high ceilings, stone floors imported from Jerusalem, stone columns, a formal dining room, and a rustic farmhouse themed chef’s kitchen. Adding to the European style, the living room has a beamed ceiling with high arched windows and palladian style doors.

The rose garden separates the main house from the pool area which is adjacent to the guest house. The garden offers a quiet and tranquil setting which servers as the central point of the property. From the main house to the pool and tennis court areas, people can walk along a brick path taking them around the garden with great views of the property along the way.

Alongside the pool is an outdoor kitchen area, perfect for entertainment purposes. In the back of the house is an outdoor patio area perfect for sitting at night with drinks or during the day reading a book. The backyard and patio are accessible through three large palladium doors that lead into the center grand hall of the house. 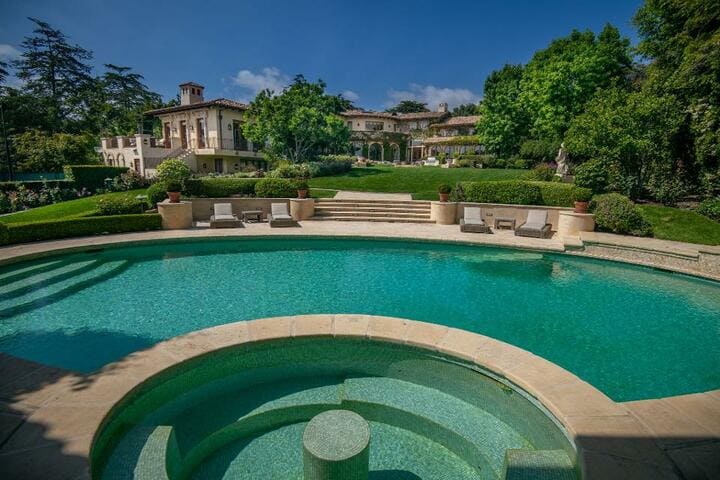 The estate is listed with Coldwell Bankers’ Jade Mills who in the press release described it as, “an exquisite property exuding European charm,” offering “an experience like no other.” Leonard has owned the home since 1993. If Leonard gets what he’s asking for, it’ll join Garrett Camp’s $72M mansion in Beverly Hills and the Manor in Holmby Hills which sold for a record $119M early this summer as the most expensive home sales in Los Angeles county this year. 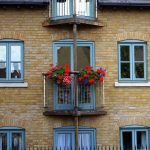 What To Do If Your Home Isn’t SellingBlog, Selling Scenarios 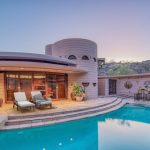