The Average Costs of Living In North Carolina

By NationalCashOffer
Posted February 12, 2019
In Blog, Tips for Real Estate
The Average Costs of Living In North Carolina2019-02-122019-02-12https://nationalcashoffer.com/wp-content/uploads/2018/01/national-cash-time-logo-3.pngNational Cash Offerhttps://nationalcashoffer.com/wp-content/uploads/2019/02/north-carolina-house.jpg200px200px
0
0

Are you thinking about moving to North Carolina and are worried about living costs? This guide will help you figure out the average cost of living in North Carolina, including in the two largest cities: Charlotte and Raleigh.

If you are planning to rent, you will spend on average $740 (for a studio) to $1380 (for a three-bedroom) a month, which is significantly lower than the average of the United States rental market which goes from $890 for a studio to $1660 for a three bedroom. The median rent price in Charlotte is $1450, or $1400 in Raleigh.

The cost of groceries in North Carolina is slightly lower on average than the rest of the country, with an index of 96, 100 being the national average. One gallon of milk costs $3.13 on average in the United States. In Raleigh, you will pay around $3.48, and in Charlotte, it will cost you $2.92 on average. As another example, a dozen eggs costs on average $2.30 nationally, $2.45 in Charlotte and $2.26 in Raleigh.

The average cost of utilities for a 915 sq.ft. apartment in the United States, including electricity, heating, cooling, water and garbage pickup is around $150.82 on average. In Charlotte, the same service would cost $166.33, or $130.32 in Charlotte.

For unlimited Internet data, count about $62.10 a month on average in the United States. That cost is slightly lower in North Carolina, with average prices at $58.30 and $57.96 in Charlotte and Raleigh respectively.

In 2015-2016, the average price for a semester for in-state students at UNC Chapel Hill was $24,320 or $50,360 for out-of-state students, including tuition and fees, room and board, books and supplies, travel, health insurance, loan fees, and personal spending.

For private all-day preschool for one child, you would spend per month an average of $855 in Charlotte or $875 in Raleigh. The same service costs on average $869.76 a month nationally. 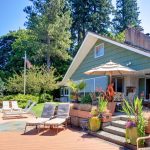 The Best Places to Buy a Vacation HomeBlog, Tips for Real Estate 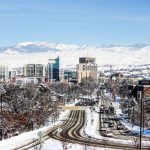 How to Cut Costs During the WinterBlog, How To