The Average Living Costs for Living in Arizona

Arizona has an incredibly diverse population and a thriving economy. Combined with low average living costs, Arizona is a very attractive destination to individuals looking for a change of scenery.

Including housing costs, transportation, taxes, and utilities, you should consider these living costs before making your move to Arizona.

Individuals looking to rent instead of buy will also be pleasantly surprised. For a studio apartment, you can expect to pay only about $725/month which is over $300 less than the national average. Moreover, a one bedroom will only end up costing you about $800/month.

Utilities in Arizona tend to be a little bit higher than average. According to the United States Energy Information Administration, Arizona residents paid an average of approximately $120 every month on their electricity bills in 2014. This works out to be more than 5% higher than the national average.

Water bills tend to vary on a city-to-city basis. Residents in Phoenix can expect to pay around $37/month on water while residents in Tucson will pay around $50/month.

Average gas prices in Arizona are more than many other states in the country. In fact, according to GasBuddy, Arizona ranks seventh as the state with the highest average gas prices (currently at approximately $2.62/gallon).

Furthermore, sales tax tends to be on the higher side, ranging from 5.85% to 10.7% throughout the state. The base sales tax rate is only 5.6%, but this can be increased by additional taxes established by various counties and cities.

Property tax rates are average. Residents in Arizona are responsible for a fair 0.84% property tax rate. Arizona gas taxes are also fairly negligible at only 19 cents for every gallon.

According to the MIT Living Wage Calculator, the average food costs in Arizona tend to be a little bit higher than average. Single adults in the Phoenix area can expect to spend approximately $3,564 on food every year. Meanwhile, families with two adults and one child will likely spend closer to $8,124 on food annually.

Arizona is an increasingly popular destination for individuals to call home thanks to low average living costs, a diverse population, and a booming economy. Hopefully, this guide has given you some insight into what you can expect to pay to live in Arizona. 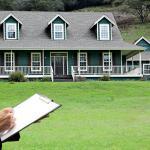 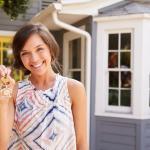