The Average Living Costs for Living in Texas

Texas is the second largest state in the country and has varied living costs depending on where you want to live in this vast state.

From housing costs to taxes, here’s what you need to know about the average living costs throughout Texas.

You might be surprised to learn how inexpensive housing costs in Texas can be. From 2009-2013, the median home cost in Texas was approximately $129,000. This is compared to the significantly higher median home price in the United States of nearly $177,000.

Prices are climbing, however. Since 2013, median home costs in Texas have steadily climbed and are now closer to approximately $160,000.

If you’re interested in renting instead of buying, you can look forward to lower-than-average rent prices. One-bedroom apartments in Texas tend to cost only around $900/month while studios are closer to $1,000/month. Depending on the size of the apartment that you need, you can expect to spend anywhere between $25 and $100 less than the national average.

On average, though, the monthly utility bill in Texas costs approximately $137 as of 2014.

If you’re living in Texas, you’ll almost definitely need a car, or at least want one. Even in its larger cities, Texas isn’t known for its excellent public transportation.

Fortunately, if you do have a car, gas prices in Texas are fairly low. According to GasBuddy, Texas has the third lowest average gas prices at approximately $1.88/gallon.

The MIT Living Wage Calculator estimates that single adults living in the Houston area can expect to spend approximately $4,236 on transportation annually.

One of the best things about living in Texas is that there is no state income tax. This can save you a significant amount of money every year when compared to states with incredibly high income tax rates like California.

As far as sales tax is concerned, rates vary from 6.25% to 8.25% throughout the Lone Star State. Additionally, there is a gas tax of 20 cents per gallon. Moreover, like other states with no income tax, property taxes in Texas tend to be higher than average. In some counties, property tax rates exceed 2%.

As you can see, the Lone Star State offers competitive average living costs compared to many other popular states across the country. Hopefully, this guide has given you a good idea of what you can expect your living costs to be if you move to Texas. 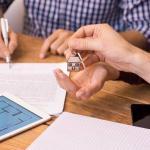 What Are The Different Types of Loans for Homes?Blog 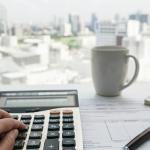 What Real Estate Expenses Are Deductible For TaxesBlog