The Average Living Costs in Florida

There’s a lot to love about living in the Sunshine State. The warm weather, the theme parks, and the beautiful beaches mean it’s basically an eternal summer. Florida is also home to some of the fastest growing cities in the country like Jacksonville, Orlando, and Tampa. This means there’s a boom in economic opportunity, and many people are finding themselves heading south full-time.

We all love traveling to Florida, and it’s known as one of the top retirement destinations in the world. With all of that said, what’s it actually like to live in Florida? Is it an affordable place to call home, or do you need a lot of savings to move to the Sunshine State? This guide will take an in-depth look at the average living costs in Florida.

Owning or Renting a Home in Florida

First, let’s look at the housing market in Florida. During the market crash, Florida was hit particularly hard, and this led to a high rate of foreclosures. Luckily, the state is recovering quickly, and you can find a lot of affordable homes in both cities and suburbs.

If you’re not currently in a position to buy a home in Florida, you might have to pay higher rent prices. In most cities, renting is more expensive than buying property, though you do have a lot of options. The average rent for a studio apartment in Florida is $1,128 which is $116 above the U.S. average. Depending on the city, this could be more or less.

Because the weather is so warm in the summer, you can expect to pay above average each month for utilities. On average in a city like Orlando, families spend $127 a month for basic utilities. These include electric, heating, cooling, water, and garbage. This is higher than the national average, and it will be something to consider in your overall budget if you choose to live in Florida full-time.

Luckily, you’ll save some money on food. No matter what type of food you eat, you’ll find it’s generally lower cost here than in other states. Due to the tropical weather, you’ll also find a lot of unique fruits and vegetables that aren’t available in other parts of the country.

However, transportation costs will likely make up for the lower cost of food. While gas prices in Florida are similar to the national average, the average commute time is almost 30 minutes. There are limited public transportation options, and having a car is a necessity since most things are spread out large distances. In addition, some cities have extensive, costly toll roads which can easily add to your monthly budget.

Finally, you’ll be happy to learn that Florida is a low-tax state. There is no state income tax, and the property tax rate is 1.1%. This is clearly a big draw, and it’s why so many retirees choose Florida as their home.

While you’ll find a statewide tax of 6%, this is higher in some cities with a county tax. There is also a special tax on alcohol, gas, and phone services. Overall, Florida is a state with a relatively low tax burden for the average taxpayer.

As you can see, there are a lot of reasons to call the Sunshine State home. The average salary in Florida is around $40,000 a year, and the costs of living are reasonable depending on the city you choose. The biggest decision you’ll need to make is whether to buy a house or rent. As you can see above, buying is often a better financial decision, but this will depend on your situation.

In general, living in Florida comes with a lot of perks. Aside from the year-round sunshine, you don’t have to worry about a state income tax. A lot of things are cheaper here, and it might be the right fit for your family. 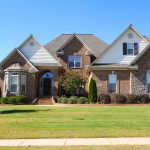 What Are The Selling and Buying Rights for Closing on a Home?Blog, Real Estate Questions 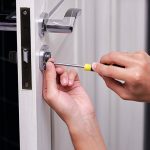 How to Install A Deadbolt Lock For Your Front DoorBlog, How To