The best neighborhoods to raise a family in Ohio

Though it is considered as a violent city, there are still plenty of neighborhoods that are quite safe and are best equipped to handle all matters concerning raising a family. There are a few factors one needs to check when looking for houses in Cleveland Ohio. Factors such as:

Starting off our list is one of the oldest neighborhoods (dating back as a far as the 1800s) in Cleveland city and considered an important historical place. When looking for houses for sale in Cleveland Ohio it is sometimes easy to pass over Tremont due to its old-town vibe. The neighborhood has a small population of 6,533, which is a diverse mix of blue-collar workers, artists, architects, and other young professionals.

Tremont has a good number of both private and public schools that provide education for their young population. The state of transportation is pretty good. The traffic is manageable as well as public transport is well serviced by buses. Tremont is also considered a foodie paradise and is filled with plenty of restaurants such as Mitch Bihuniak.

They also have shopping stores, galleries, boutiques and vintage stores such as Asterik, April snow, Banyan Tree, and Makers. Additionally, Tremont is also a religious community with several churches serving it, such as The St. Theodosius Russian Orthodox Church, St. Augustine’s Catholic Church, Greek Orthodox Church of the Assumption, and many more. Tremont’s healthcare system is also quite good as it has both public and private clinics such as Neighborhood Family Practice, First Choice Homecare, Absolute Home Health Care, etc.

Shaker Heights is one of the best suburbs to raise a family when looking for houses in Cleveland Ohio. The neighborhood is comprised of a tolerant community with a quality education comprised of highly rated schools and is only 8 miles away from downtown Cleveland.

With a population of just slightly above 27 000, Shaker Heights with a median home value of $222,700, which a bit above the national average. Homes for sale in Cleveland Ohio are plenty since the place has a wide range of homes ranging from affordable to million-dollar homes. There are also parks, shopping centers, restaurants, and public transportation is excellent.

This neighborhood is located only twenty minutes away from downtown Cleveland. It is one of most sought-after neighborhoods in Cleveland due to its vibrant community, great shopping centers such as the Beachwood Place, restaurants, and top of the line schools.

This neighborhood features the best houses in Cleveland Ohio, and a diverse population of about 12,000 residents who have moderate political views due to many of them being retirees. The median price for home sin Beach wood is $296,600, making it a bit higher than the national average.

Kamm’s Corner has some of the best homes for sale in Cleveland Ohio, with a median price of $120,510, which is below the national average, making Kamm’s Corner one of the most affordable neighborhoods in Cleveland. Kamm’s Corner also has excellent amenities, low crime rates, and a population of about 19,000 residents.

Rocky River is also one of the suburbs in Cleveland, with a high population of about 20,310 residents, low crime rates, and just 10 miles away from downtown Cleveland. The median home value of home sin Rocky River is $215,000, which is slightly above the national average.

The neighborhood also has a great mix of wealthy families, especially with lakefront homes that have a value of $1.5 million. Additionally, the place has plenty of upscale restaurants, bars, shops highly rated schools and an overall urban, suburban feel with a conservative disposition

If there was any neighborhood that was suitable for a diverse population of millennials, singles, families, etc. then Lakewood takes the cake in Cleveland. The suburban neighborhood has excellent parks like Edgewater Park, sidewalks, and an overall. The median home price in Lake Wood is $202,721, which is above the national average.

Lakewood has excellent restaurants and recreational activities for people of all ages, such as Melt Bar and Grilled and The Proper King Smokehouse, Visit 16-Bit for the beer and arcade games, etc. Lakewood also has great homes for sale in Cleveland Ohio, that range in prices depending on what you are looking for in a house.

The schools are also great, especially with the recently renovated Lakewood High School and other schools like Hayes Elementary, Horace Mann, etc.

Another suburb that makes its way into our list is Highland Heights, though it is a bit on the high-end and has a rural feel to it. The neighborhood is also only 20 minutes away from downtown Cleveland and is filled with plenty of public parks, restaurants, walking trails, sports fields, and playgrounds for children.

Highland Heights has a population of 8,396, which is mostly comprised of conservatives. The median home value if $274, 700, which is higher than the national average. Both the public and private schools are highly rated.

The other city with the best neighborhoods for families is Columbus city, especially with its sprawling urban areas. When on an apartment hunt, foreclosures Columbus gives great prices with homes going as low as $100,000 to as high as $4 million. Columbus is also blooming, especially with the current housing market, and the population is expected to keep rising as more and more people move in.

There are plenty of other reasons to move to Columbus other than the foreclosures such as universities, especially Ohio State University, which is also one of the most prominent universities in the country; plenty of public parks; a diverse population of Chinese, Indian, Hispanic, Somali, etc. The city also has a rich history and art with buildings such as the Home of the Columbus Symphony Orchestra, the Leveque tower, art shops, museums, among many.

things to consider, Things to know, Where to live, where to move
Recommended Posts
Copyright All Rights Reserved © 2018 | Sitemap | Terms of Service | Privacy Policy | Site by GoldLevelMarketing 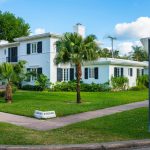 What are the safest neighborhoods to live in Florida?Real Estate Questions, Things To Know 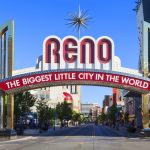 Is Reno Nevada a good place to live?Places To Live, Real Estate Questions