The Cheapest Cities To Live In Nevada - National Cash Offer

The Cheapest Cities To Live In Nevada

The cost of living in Nevada is fairly low.  Some Nevada cities are extraordinarily cheap to live in, partially because it takes a different type of person to live in the desert.  If you are looking to save money and pay as little as possible for housing, you have come to the right place.  Let’s take a look the Silver State cities with the lowest cost of living.

Caliente is just about the cheapest place to live in Nevada.  Though Caliente has a mere 1,124 residents, its home price to income ratio is just above two.  The city’s income to rent ratio is over 105, making it the cheapest place to rent in the entire state.  However, the median income level for Caliente residents is $60,455 so the challenge lies in obtaining gainful employment.  Thankfully, Caliente’s median home value in 2019 was $126,700.

Caliente is a diminutive Nevada city with some incredibly cheap homes.  Named after William Passmore Carlin, a famous Civil War general, this little city has the cutest slogan: “Where the Train Stops…And the Gold Rush Begins”.  If you are willing to live in a town with merely 2,361 people, Carlin just might be the place for you.  Located by Elko County’s western border, Carlin is only 23 miles from Elko.  Plenty of Carlin residents make the commute to Elko.  In fact, Carlin is officially a part of Elko’s Micropolitan Statistical Area.  Carlin residents earn about $74,148 per year yet the average Carlin home price is $104,400.

The median home value in Ely is a mere $126,300.  The typical Ely resident earns about $56,000 per year.  Though only 4,124 people live in this city, the quality of life is fairly high as most residents have a considerable amount of discretionary income thanks to the low cost of living.  Elko’s median rent is a mere $698 per month, making it affordable for people who work low-wage jobs as well as professionals.

Lovelock is certainly small yet it is affordable for people of all income levels.  A mere 1,773 people live in Lovelock.  The city’s home price to income ratio is 2.1.  This ratio is the third lowest in all of Nevada.  The income to rent ratio is 65, making Lovelock the eight cheapest Nevada city for renters.  The drawback to living in Lovelock is the fact that the city’s median income is a mere $40,458.  Here is the silver lining: Lovelock’s median home value in 2019 is a paltry $86,000.

Located in Lyon County, Yerington has 3,077 people.  The city’s home price to income ratio is 2.5,  making it the fifth most affordable place to live in the Silver State.  Yerington’s income to rent ratio is 64.9, which represents the ninth cheapest in Nevada.  Yerington residents earn a median income of $37,297.  If you can find a job in Yerington, there is a good chance you will qualify for a home mortgage simply because this part of Nevada has egregiously low home prices.  Named after a former Superintendent of the Virginia and Truckee Railroad, Henry M. Yerington, this cozy little Nevada city has a median home value of $92,100. 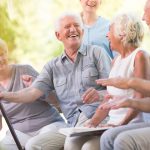 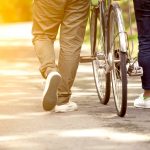 The Best Cities To Live In That Don’t Require You To Have A CarBlog, Service Locations