The Costs of Living In A City vs. A Suburban Neighborhood – National Cash Offer

The Costs of Living In A City vs. A Suburban Neighborhood

When it comes to buying a house, one of the biggest decisions you’ll make is based on location. Choosing a home in the city is exciting, and it means you’ll be close to a lot of entertainment and dining options. On the other hand, there’s something idyllic about choosing to live in a suburban neighborhood where costs are cheaper and you have more access to green space.

One of the first things people take into consideration when choosing between the city and the suburbs are the different lifestyle options. There are pros and cons of both, and they’ll really have to do with what you prefer more as an individual or family.

In the city, you’re closer to entertainment, dining, and shopping. You also have less of a commute to get to work or entertainment. However, this comes at a cost. Those experiences and options aren’t always cheap, and you might pay a premium to enjoy these activities and amenities.

On the other hand, life in the suburbs is quieter. While you might be able to find a close-in suburb that’s near downtown, these are costly and difficult to find. Living in a suburban neighborhood might afford you a great deal of peace, but you’ll also have fewer options when it comes to eating out, shopping, and events.

Cost of Renting or Owning a Home

Besides lifestyle costs, many people want to crunch the monthly numbers before buying or renting a home in the city or suburbs. The average cost of renting in a U.S. city, on average, is $1,848 a month while it’s only $1,269 per month in the suburbs. This is a big difference, and it doesn’t just extend to renting.

You’ll also have to account in property tax differences which are more likely to be higher in urban city areas. Ultimately, it’s clearly more affordable to buy or rent in the suburbs, but you’ll still need to factor in the different costs.

Finally, there are also some key differences between the costs of transportation and commuting. While it’s obvious this depends on where you work in particular, people on average spend less money (and time) commuting when they live in cities. However, you’ll also need to average in public transportation costs, especially if you don’t have your own car in the city.

Commuting from the suburbs to a city for work each day isn’t cheap. Not only will you need to pair for gas and car maintenance, but you’ll also spend hours in traffic during rush hour. You’ll need to keep these numbers in time to quantify both your financial cost and your time cost of commuting depending on where you live.

Which is Best: City vs. Suburbs?

It’s a tale as old as time…which is best, the city or the suburbs? As you can see from the sections above, it depends. In many cases living in the city is a great option. You will likely spend more when renting or buying your home, but you’ll save in lifestyle and transportation costs. However, it’s also a great option to live in the suburbs where housing is more affordable and you have more room to grow a family.

At the end of the day, you need to make the best decision for you and your needs. There’s a cost of living everywhere, and you’ll need to factor in what matters more to you. 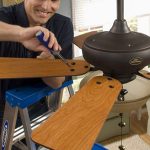 How To Install a Ceiling FanBlog, How To 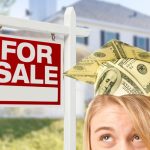 Should You Buy A Home While Having Student Debt?Blog, Real Estate Questions