Difference between Houses in Arizona and California - National Cash Offer

The Difference Between Houses in California and Arizona

Do you know the battle that goes on whenever you want to move from one city to another? It is never easy. People will always want to compare the comfort between these two places. Most will worry about their security. But do you take a moment to compare the houses? Indeed, the houses in different cities or even states tend to vary. Houses in Arizona and California will be no different. While we have multiple things that bring these two regions together, their houses are worlds apart.

Usually, once you are conversant with the difference between these houses, it will be easier to decide better. In this regard, we take a look at some of the elements that set them apart.

Over the years, Phoenix has embraced a sense of creativity in its real estate industry. Whether you are looking for historic bungalows or elegant downtown condos, this would be the best place for you. Often, you will get up to the seven most popular types of houses for sale in Arizona.

In Arizona, you are likely to get the Pueblo Revival, Ranch-style, and bungalows. You will also be sure of contemporary modernism houses. These types of houses spell elegance and sophistication.

On the other hand, houses in California tend to focus on slight variations. With enough light, a Californian will be more comfortable. Some of the most predominant types of houses here include modern style homes. They usually feature glass and chrome. They are not only chic but also stylish.

Also, you will find styles such as Cape Cod, Spanish, Tuscan, Tudor, and Victorian dominating the state. Most of these styles tend to occupy much space, an aspect you will not witness in Arizona. Besides, you will hardly get any of such types of houses in Phoenix.

Indeed, the cost of houses in these two states is distinctively apart. For instance, building a 2000 square feet house in Phoenix could cost you between $150000 and $435000. Ideally, the average cost of building a house is about $150 per square foot. With this figure, you could readily build your house at an average of $206000. On the other hand, if you consider buying a home, you could spend around $296000.

On the other hand, you will most likely spend over half a million USD on houses in California. Whether you are buying or building one, the amount will most likely be within the same range. The median price for houses in this region stands at about $571000.

Remember, this price is likely to rise soon, at a projected rate of 4.9%. Also, you will appreciate that new homes in California tend to cost much more per square foot, which is $315. This figure is more than double what you spend on houses in Arizona. Well, you will witness that there are various places in the state, including San Francisco, where the cost is $997 per square foot.

If you were to compare per square meter, you would spend $6966 in California, while houses for sale in Arizona will go at $2145 on average. This significant difference could be the reason for your financial stability in the long run.

We could attribute this difference to the standard & costs of living. Undoubtedly, California prides itself on a higher standard of living. The best part is that the average income in the area comes in handy in cushioning the skyrocketing costs.

Over the years, there has been incredible growth in the average size of houses in California. Currently, the median size of a home in this state is approximately 1800 square feet. It seems relatively smaller compared to the national average of 2430 square feet, right?

Well, let’s take a look at the size of average houses for sale in Arizona. Usually, you will get most houses in this region as big as up to 2500 square feet on average. However, you should remember that most people now tend to prefer bigger homes. Compared to California and the national average, Phoenix seems to be in a much better position.

Ideally, the cost of insurance varies across the country. You will also find that it is dependent on the size, value, and region. The condition and age of the home will also matter in this pursuit.

For instance, the average rate of houses for sale in Arizona is about $1960. On the other hand, you will spend about $1166 in California. In both states, their averages tend to be much lower than the national average of 2305. Despite houses in Arizona’s being much higher, you will comfortably cushion it with the lower costs of living in the region.

You can hardly ignore the vast difference in property taxes between these two states. On average, Californians will part with up to 9.3% in income tax, which is higher than the 4.5 in Arizona.

Also, you will find that the state sale tax in Arizona and California is 6.6% and 7.25, respectively. This relatively high tax could easily make selling and buying houses to be a daunting task for many people.

Well, how about property tax? Still, California’s $1449 is much higher than the other state’s $1043. With this big difference, you could most likely want to move to the latter. Now consider some of the things you would find attractive in houses for sale in Arizona?

Usually, their roads tend to be less congested, especially in the metro areas. Besides, you will be confident of getting enough parking space here. You will also be sure of a better cost of living.

Indeed, the difference between these two states is enormous. Therefore, if you were to choose, you would ideally consider your preferences. Ultimately it will depend on your lifestyle and what you prefer. Costs are another factor and depending on your budget, one may be more doable than the other. Both houses in California such as houses in Los Angeles and houses for sale in Arizona have a number of similarities. Now that you have some idea of what those similarities and some of their differences are, you can better make the choice that is right for you. 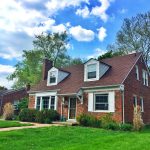 What is the Best Kind of Property for a First Time Homebuyer?Housing 101, Things To Know 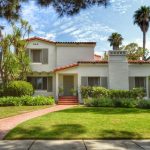 What’s the best city in California to live In?Places To Live, Things To Know