The Most Affordable Neighborhoods To Live In Texas – National Cash Offer

The Most Affordable Neighborhoods To Live In Texas

For most people, affordability is the key factor when deciding where to live.

For those moving to Texas, cities like Austin, Houston, and Dallas are often the first choice. While these cities are fairly affordable compared to other major cities around the country, there are much more affordable areas in Texas to choose from without sacrificing your quality of life.

From Galveston to El Paso, there are countless affordable places to live within Texas’ vast landscape.

If you’re considering moving to Texas, here a few of the most affordable places to live.

Odessa has a lot of the qualities that come to mind when you think of Texas. Most notably, Odessa is home to a strong cowboy and football culture.

In addition to this, Odessa also has a number of notable attractions for an area that most wouldn’t consider a major city. Perhaps one of the most interesting is the nearly life-size replica of Stonehenge.

According to Livability, Odessa has a median home price of just over $100,000. This, in addition to a diverse economy and attractive housing market, makes Odessa a great choice for those looking for affordable places in Texas.

People who are used to living on the coast might be interested in moving to Galveston, TX — a popular vacation destination located along the Gulf of Mexico.

Located just outside of Houston, you’ll only be about an hour away from Houston attractions, like NASA, the Houston Zoo, the Houston Museum of Natural Science, and more.

Galveston itself has a number of attractions. Besides always being near the beach, you can enjoy the popular Pleasure Pier or shop at The Strand.

ExtraSpace lists the median home price in Galveston at just over $150,000. You’d have a tough time finding a beachfront home at a better price in any other city.

El Paso is a west Texas city located along the Texas, Mexico, and New Mexico borders. With a vibrant arts scene, plenty of nightlife, and access to a variety of outdoor activities, El Paso is easily one of the most desirable areas to live in Texas for those with affordability in mind.

El Paso is also home to the University of Texas at El Paso and is a major manufacturing center in Texas, so opportunities for jobs and education are plentiful.

The median home price in El Paso is around $120,000 — making it one of the more affordable major Texas cities.

Pearland is a rapidly growing suburb located just outside of Houston.

As it is a suburb, Pearland isn’t packed with many of the amenities located in a larger city. But, thanks to its close proximity to Houston, it only takes a short drive to get to major attractions, nightlife, and great restaurants.

Pearland offers plenty of job opportunities and has a median household income of over $90,000.

Last on the list is Frisco, TX — a suburb located just under 20 miles from Dallas.

In addition to its easy access to Dallas, Frisco boasts a strong sports culture, offers plenty of retail locations, and has a very low unemployment rate.

With a median household income of about $108,000, according to Livability, you should find it much easier to find a good job in Frisco than in many other cities.

Affordability is the key factor for many when deciding where to move. These cities make living in Texas extremely affordable while offering a high quality of life. 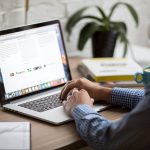 How to Sell Your Home on eBayBlog, Selling Scenarios 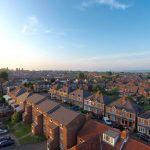 How To Determine How Much You Can Afford When Buying A Home  Blog, How To