The Most Popular Home Styles Across The U.S. – National Cash Offer

The Most Popular Home Styles Across The U.S.

When it comes to residential real estate in the U.S., five architectural styles never go out of fashion. Although the details may change and evolve over time, there are some property designs that stay evergreen, and homeowners across the country can’t get enough of them.

Here are the top five most popular architectural styles in the U.S., and where you can go to find them.

Mid-century modern homes made their presence known in the 1940s when manufacturing made it possible to produce previously unknown materials on a mass scale. With a focus on clean and simple lines and a nod to both human-made and natural materials, mid-century modern is an architectural style that has stood the test of time.

Mid-century modern homes feature oversized glass windows and wide-open living spaces and are popular with modern-day homebuyers. The style has had a resurgence over the past few years and is especially popular in California.

The Arts and Crafts Movement of the late 1800s saw the birth of the Craftsman home. Craftsman style homes utilize natural materials such as stone, wood, and exposed brick. Favored by homeowners due to their oversized front porches and pretty detailed windows Craftsman homes has enjoyed a renewed fan-based among millennials. According to a poll conducted by Trulia, 43% of participants claimed that craftsman is their favorite architectural style.

The Industrial Revolution was a time of prosperity for many people in the U.S., and as a result, a housing boom of magnificent proportions occurred. Victorian architecture is named after Queen Victoria, monarch of the United Kingdom from 1837 until 1901. The Victorian architectural style favors rich detail and dramatic pitched roofs, with large bay windows and intricate gables. Modern homeowners love the large, wrap-around porches.

An excellent example of Victorian architecture is San Francisco’s “Painted Ladies,” a row of beautiful Victorian homes painted in pastel hues. This architectural style is still extremely popular in the south, and examples can be found in Louisiana.

Ranch style homes can be found in almost every state in the U.S. — and with good reason. A throw-back to the rural Western Ranches of the days gone by, the first Ranch homes were built in the 1930s. Typically rectangular in shape and offering an open floor plan, Ranch houses have low rooflines and are commonly made out of wood or brick. As modern homes evolved, so did the ranch-style, and newer ranch homes now accommodate the modern family with attached garages and split floor-plans.

Famous Ranch-style homes were featured on popular TV shows such as “The Brady Bunch” and “Golden Girls.” If you want your own ranch home, you probably won’t have to go very far. The ranch-style is by far the most prevalent residential home type on this list! 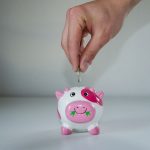 How Much to Keep in Your Home Emergency Fund?Blog, Living Costs, Real Estate Questions, Tips for Real Estate 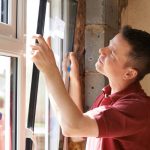 How To Replace Your Windows At HomeBlog, How To