By NationalCashOffer
Posted September 18, 2019
In Things To Know
What Gentrification Is And How It Affects The Neighborhood You Live In2019-09-182019-09-18https://nationalcashoffer.com/wp-content/uploads/2020/06/nco-logo-sloganupdated.pngNational Cash Offerhttps://nationalcashoffer.com/wp-content/uploads/2019/09/what-gentrification-is-and-how-it-affects-the-neighborhood-you-live-in.jpg200px200px
0
0

When an abundance of people move into an area, they are likely to alter the economics of the location if they are willing to pay more than the current cost of rent or home ownership.  In most instances of gentrification, a significant number of people are displaced as they cannot afford to pay the increasingly expensive living costs.  However, there are also some positive changes that also come about as a result of gentrification.  As an example, the influx of comparably wealthy people tends to reduce crime simply because people who have a good amount of money are less likely to commit crimes out of economic necessity.  Furthermore, businesses are more likely to set up shop in an area undergoing gentrification as those living in the locale have considerable discretionary income to spend on goods and services sold by local companies.

Why Gentrification is Feared

Gentrification is a Fact of Life

Though gentrification certainly has the potential to make life difficult for those who find themselves living in an area that has quickly become coveted, there is no way to prevent gentrification from occurring.  Those with the economic means to pay rent and purchase a home in a desired area are free to move into those spaces and pay the cost of living in accordance with the market.  In other words, people should anticipate their living environment will be dynamic rather than static, especially if they live in an urban environment where gentrification occurs at a particularly high rate.

The Silver Lining to Gentrification

Though gentrification certainly causes the cost of living to increase, it also brings an array of businesses that cater to the desires and needs of the new residents who typically have ample discretionary income.  Some argue this uptick in business is good for everyone as it benefits the local economy, serving as a rising tide of sorts that lifts all boats.  In the end, the impact of gentrification is partially positive and negative.  The manner in which gentrification affects you and your neighborhood largely depends on your financial standing, whether you own/rent your home and whether you are welcoming of an influx of new residents, many of whom will make everyday life in your city that much more expensive. 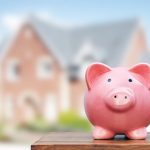 The Real Cost Of Foreclosure: And Which States Need To Worry About ItThings To Know 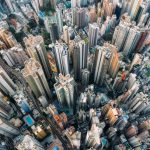