When Is The Best Time To Sell Your Home In Nevada?

When Is The Best Time To Sell Your Home In Nevada?

Nevada is the fourth state in the United States in terms of the economic outlook. It is ranked seventh out of the fifty American states due to its total area. Besides being the home to several casinos, it is a beautiful state with natural features like Cathedral Gorge State Park, Lake Mead, and Lake Tahoe.

Therefore, it is the desire of most people to live in Las Vegas, Henderson, Reno, or Paradise. The cattle ranching, tourism, and mining may have enhanced your willingness to own a property in this state. More so, the lack of corporate or income tax is an added advantage.

However, you may be wondering how you can dispose of your home now that you are downsizing, upsizing, relocating to safer areas, as well as cash out your investment.

Characteristics of the State of Nevada

There are several factors that buyers in Nevada consider when they start thinking of moving from one town to another. They consider how rich or safe the Nevada towns are.

They include Henderson, Reno, Sparks, Las Vegas, Winnemucca, Elko, Carlin, Fernley, Boulder City, Carson City, and West Wendover. Therefore, if your house is in these towns, then wait for the right season to dispose of your property at the best market price.

The areas have a rich history, and their present status is always attractive. Therefore look for an expert or professional in real estate, who can guide you on when to sell your property. They will advise you when the demand for houses in your location shifts.

Where Is Your House Located?

Las Vegas: the name is a Spanish word for meadows. The town has abundant wild grasses and desert spring waters that quench the thirst of westward travelers. The city is known simply as Vegas, and the most populated city in the Nevada state.

It has the more magnificent Mojave Desert, and is internationally renowned for shopping, gambling, nightlife, and entertainment. Further, the city serves as a leading center for commercial, financial, and culture in Nevada.

Sparks: was initially occupied by the Washoe people. It had different names like Harriman and now named Spark, after Nevada Governor John Sparks. It has grown from a small town to an area that hosts several open-air events.

The residents comprise of high adjusted median income and low employment rate. The city has the lowest crime rate, thus attracting many buyers.

Henderson: was the leading supplier of magnesium throughout America. After World War II, the supply of magnesium was not necessary, hence, the sale of war surplus property. It is near Las Vegas and has several choices for dining and shopping.

Features that attract home buyers are the Cheesecake Factory, the Cupcakery, Trader Joes, and Rapsodielle for teen’s clothing.

Reno: is a relatively fertile valley where Truckee River links Pyramid Lake and Lake Tahoe. It is one of the best but small towns in the US. The rate of unemployment is low, and the crime rate is low, as well. Therefore, if your property is in Reno, then you will have several buyers during the best time of the year.

What is the Best Time of the Year to Sell Your Home?

There are four seasons in Nevada based on the months of the year.

Spring: lies between March and May. It is an excellent season to sell your house. People come out of hibernation during this period and start to consider new homes in the early days of spring.

Therefore ensure your house is ready for sale at this time of the year.

Summer: Runs from June to August. It is the best season to sell your house. Although the heat level in the desert is high, it is the time when people visit the city. It is a time when there is a frenzy of activities in this city.

New homeowners move to this city from other places during summer. Estimates indicate 5000 people relocate to the Las Vegas area every month. The figure is even higher during the summer months.

Fall: lies between September and November. It is the time of the year with plenty of business conventions. People move to Nevada’s cities to pursue a new life. Thus, September is a great month that spikes the housing demand. The cooling weather in October also creates a buying mood.

Winter: Falls between December and February. It is the worst time to sell your house, and it is a common trend across other markets in the United States. The demand for homes is low during winter since people avoid shopping or moving to a new house. It is a time when people are on holiday, thus hesitant to put in offers.

There are certain factors that you consider before putting your house on sale in the State of Nevada. Think about the location of your property. Cities with low rates of employment and crime attract many buyers. People looking for new properties to buy; want to move to areas with attractive features like sceneries, places to dine, and shops.

Another factor to consider is the time of the year. Spring, summer, and fall present the best times to place your home in the market. The weather is conducive, the areas have several activities going on, and buyers can visit the cities. Therefore, it will be easier to sell your house during these months.

On the other hand, winter is the worst season across the US. It is a season when people hibernate or go on holiday because the temperatures are extremely low. The demand for property is thus lower from December through February. Therefore, if you put your house on sale during these months, you are likely to get lower prices. It may also take longer to sell your home. 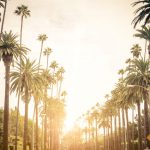 When Is It The Best Time Of The Year To Sell A House In California?Real Estate Questions

What Are Self-employed Document Prep for Mortgage Applications?Real Estate Questions